Although initially delayed by a hard winter and late spring, vegetation has been making up for lost time this month with a major growth spurt in all things green.  It seems that all the trees came out in flower at the same time and hay fever has been a big problem for lots of people this year, even those who don't normally suffer.

We await contributions of a more current nature but we have received some beautiful photos of deer taken by Catherine in March 2012.  She writes:

"Images numbers 1 and 3 are spotted fallow deer near Buxted on my way to Blackboys on March 22 of last year. Very close to the village, I was just beginning my walking day, it was still quite early in the morning when I was lucky enough to see the herd in an open field.  I was in the trees by the road and was able to observe them un-noticed for some time.  Of course curiosity brought me closer and closer to them, until they finally decided to move on.

Images numbers 20 and 21 are near Oxted, looks like a roe deer on May 29, 2012.  I was walking up a hill, watching a pretty old red tractor go back and forth through a green barley field.  Suddenly a little head popped out of the field and was watching me watch it.  He too, finally decided he’d had enough of me and scampered away with great leaps and bounds above the barley, allowing me to catch him mid-air." 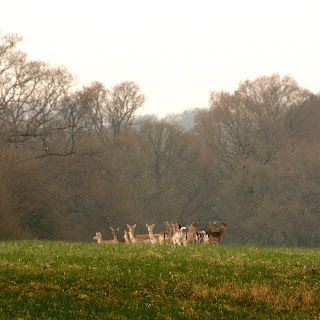 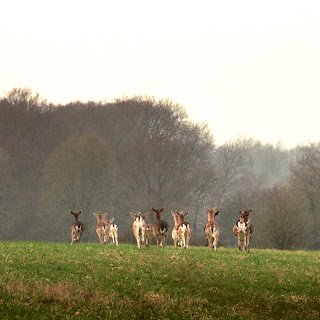 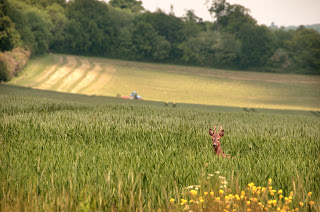 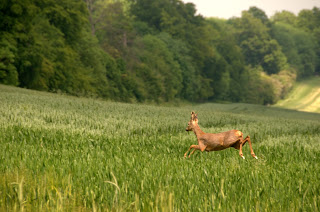 © Catherine Ames Roe Deer near Oxted
Catherine has compiled a photo book using her pictures taken on her walk along the Vanguard way.  If you would like to take a look at her photos, click on the link below:
http://www.blurb.co.uk/b/4294417-the-vanguard-way
We are looking forward to receiving comments on this post and further contributions from users of our long distance footpath route or its link routes.  Please use our blog email address for new contributions.